IDP-FIRE-CO is a plug-in addressable device that provides both fire and carbon monoxide (CO) detection. 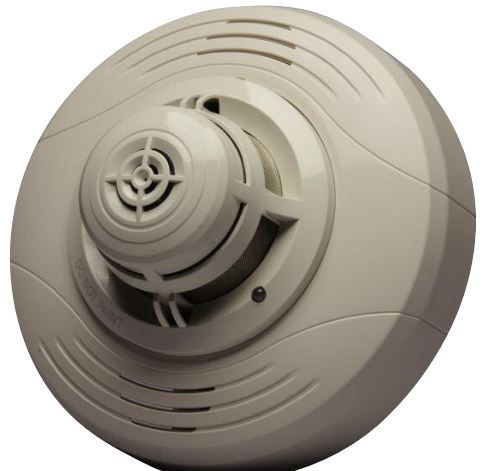 Released through the incomplete burning of various fuels, CO is a colourless, odourless and deadly gas that is virtually impossible to detect with the human senses. Because the potential exists for dangerous levels of CO to accumulate in almost any building, legislation mandating the use of CO detection in commercial spaces continues to increase across the U.S. and Canada. The IDP-FIRE-CO is listed to the UL 2075 standard for system-connected life safety carbon monoxide monitoring.

The IDP-FIRE-CO should be used in conjunction with the B200S intelligent sounder base (sold separately), which can generate either a Temp 3 pattern for fire or a Temp 4 pattern for CO alarm indication. With each sounder base carrying a unique address, the FACP can then command an individual sounder, or a group of sounders, to activate. The command set from the panel can be tailored to the specific event, allowing selection of tone, and group. For more information on the B200S refer to Data Sheet P/N 351182. IDP-FIRE-CO can also be used with the B210LP 6” standard base, the B200SR sounder base or the B224RB relay base.