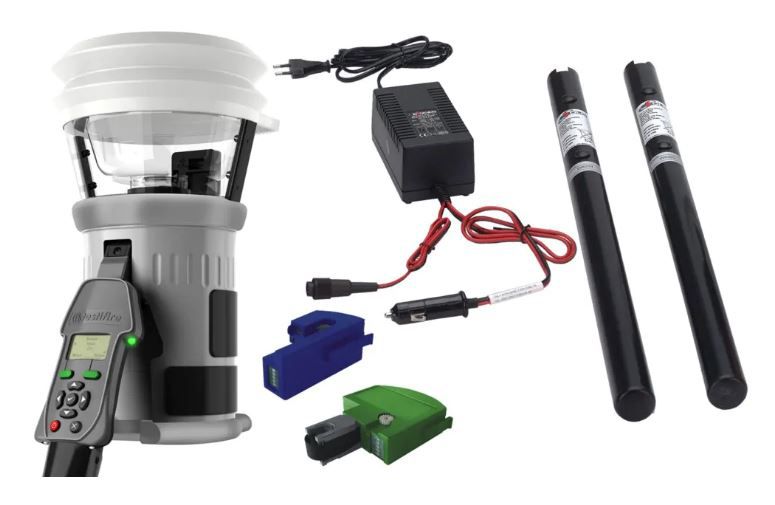 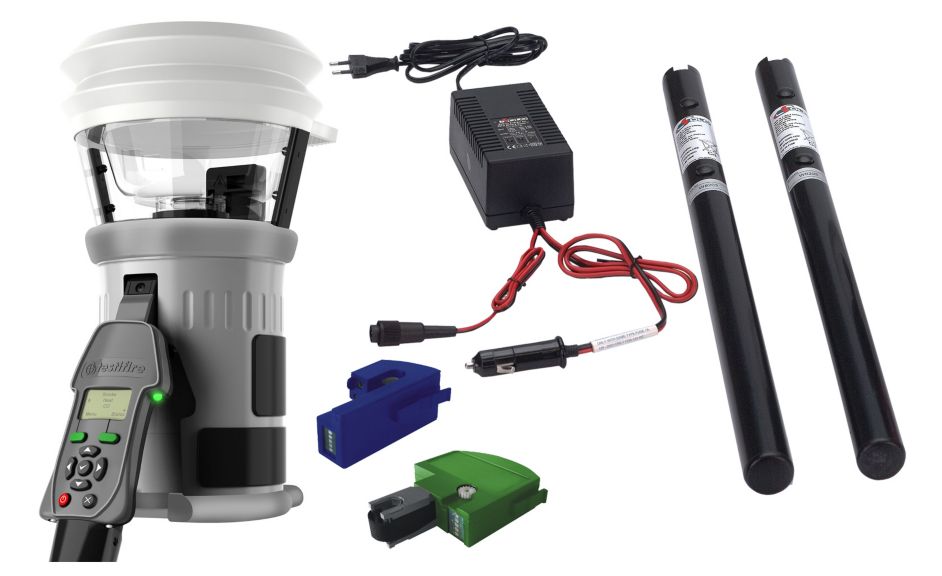 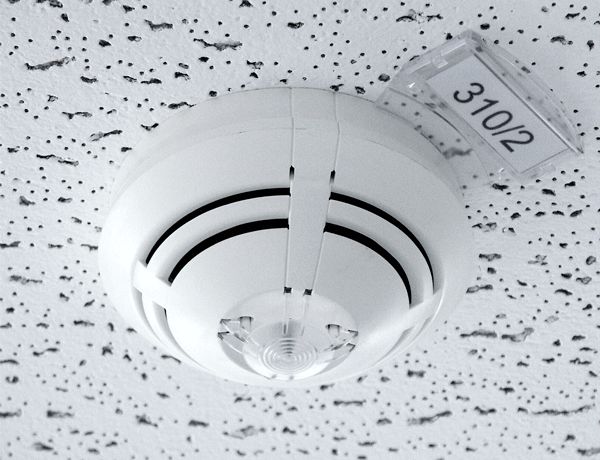 Find a Partner Contact us
Detector tester kit Testifire 2001 for the functional testing of point-type fire detectors with various sensors. The activating stimuli for smoke, heat and CO (carbon monoxide) are generated in this testing unit. Thus the changing of test tools for different types of detectors is no longer necessary.All fire detector types can be tested with only one test instrument. The test tool is suitable for all optical smoke detectors, ionization detectors, CO detectors and heat detectors. It facilitates fast and effective testing of single and intelligent multisensor fire detectors. So testing of the different sensors can be carried out one after another or for all at the same time.The required stimuli are generated on demand at the time of test from the corresponding capsule (smoke or CO). Pressurized gas cans are no longer being used.The selection of the testing stimuli, as well as their combination and sequence are menu driven via keypad and are represented on the display (multilingual). So e.g. simultaneous or sequential testing, or also a combination thereof, can be easily programmed and then carried out at the detector. The activation of the testing device occurs automatically, as soon as the detector interrupts the light barrier integrated in the device. If necessary, a clearing phase can be chosen between the specific testing criteria that enables the stimuli to be blown out of the detector immediately for the next test by the integrated ventilator.The currently active criterion is represented by a multi-colored LED indicator and is clearly recognizable even from large distances. The fill-level of the respective test resource capsules can be shown in the display. Warnings are indicated automatically e.g. if a capsule is nearly empty. The capsules offer much higher test capacities in comparison with aerosol cans.The power supply of the testing head occurs via Ni-MH batteries (metal hydride batteries) in the adapter between testing head and telescopic rod. Charging of the battery occurs with the charger optionally via adapter (100-230 V AC) or via 12 V DC input (vehicle cigarette lighter).Suitable for IQ8Quad and 9x00 detector series.
Specifications