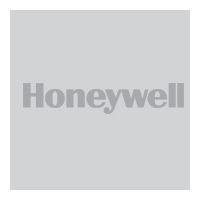 Linear Heat Detection Cable (LHDC) by System Sensor is a continuous heat detector in the form of a cable. It can detect heat at any points along its entire length. The cable is composed of two twisted shield conductors insulated with a heat sensitive polymer, then wrapped with a protective tape and finished with an outer covering. Linear Heat Detection Cable is available in resettable and non-resettable technology. The non-resettable cable is described as Digital and the resettable as Analogue.

The 900 series is an analogue heat sensing cable containing insulators of which resistance varies proportionally to changes in temperature. Analogue cable is installed in conjunction with an end-of-line (EOL) device of continuity monitoring & a modulator providing selectable alarm thresholds, fire and fault outputs. This cable is self-restorable after the fire event as long as its temperature does not exceed specified resettable temperature limit of 1200C. Alarm temperature setting ranges from 700 to 1300C. Customer can specify its own alarm temperature setting. The factory default setting is set at 850C.