DCSF12 Digital Paging Firefighter Microphone serves for the selection of loudspeaker circuits and for setting off speech announcements as well as various gong or alarm sounds. 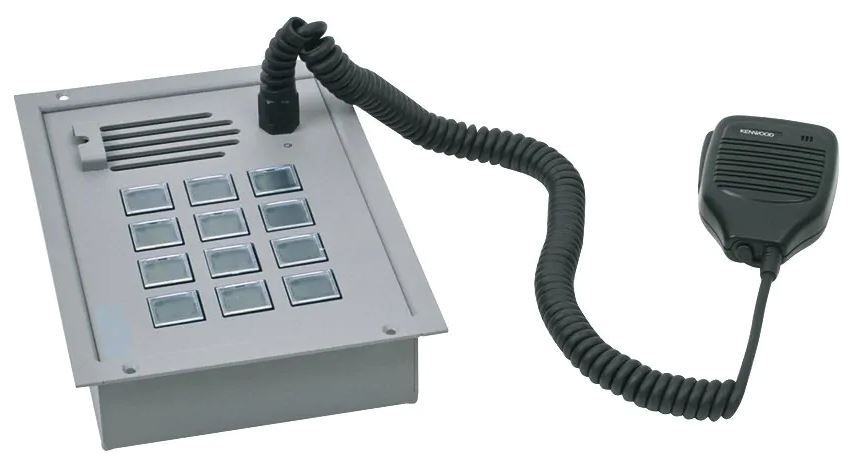 DCSF12 Digital Paging Firefighter Microphone serves for the selection of loudspeaker circuits and for setting off speech announcements as well as various gong or alarm sounds. It features 12 freely configurable keys, 13 LED and a handheld microphone. The paging microphone is connected with DAL bus to a Comprio or DOM by means of a standard CAT5 cable. All audio signals and all control signals are transmitted digitally. The function of the digital paging microphone is permanently acoustically monitored. Up to four DAL bus links can be connected to a DOM, every digital call station in the system can simultaneously generate and receive different voice transmissions and control signals.

In many installation codes it is necessary to have redundancy in critical signal routes like speaker cables between fire panel and the PAVA system. In some installation codes this includes also the connection to the fire men paging microphone. Digital Firefighter Microphone paging station supports redundant cable connection to two separate Comprio or DOM's which means it’s possible to connect two cables (CAT5) to one paging station.

A digital paging microphone can be offset up to 300 m by means of a CAT5 cable. Extension to a greater distance is possible with fibre optic (FO) cables. Also a connection with FO cables can be done redundant. If more keys and/or LEDs are needed, it is possible to add up to six digital key modules which allows the increase of the total number of available keys and LEDs to 120 per call station.