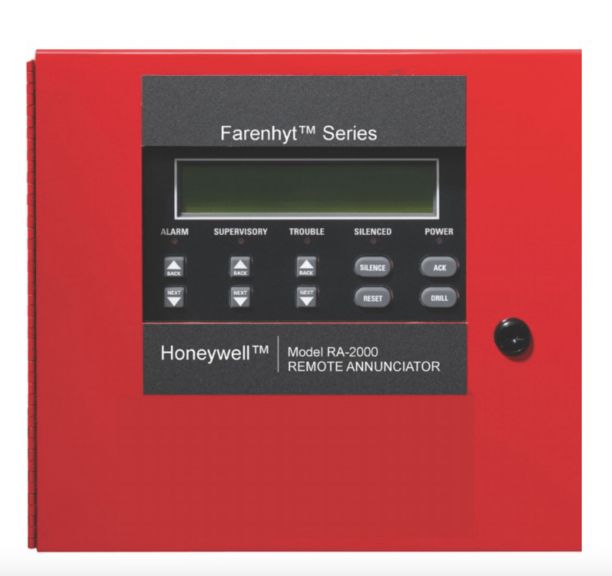 RA-2000 remote annunciators are used to operate and program Silent Knight® Farenhyt™ Series fire alarm control panels (FACPs). They connect to the control panel via the RS-485 SBus. When the system is in normal operation and has AC power, the power LED is lit and all other LEDs are off. The other LEDs turn on as alarms, supervisories, troubles, and system silence. These annunciators can be surface- or flush-mounted and are available in red and gray colors.