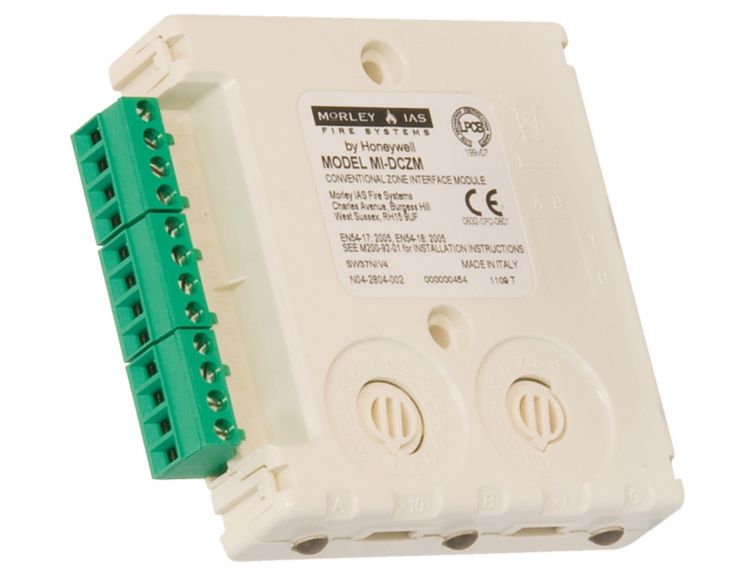 The module monitors a zone of two-wire non-addressable devices. Each MI-DCZRM uses one of 99 available module addresses on a loop. A fault signal will be transmitted to the panel in case of an open circuit or short circuit on the non-addressable zone wiring or when the external fault input is pulled low (can be used for power supply monitoring). A flashing LED indicates that the module is in communication with the control panel. The LED latches steady on alarm (subject to current limitations).