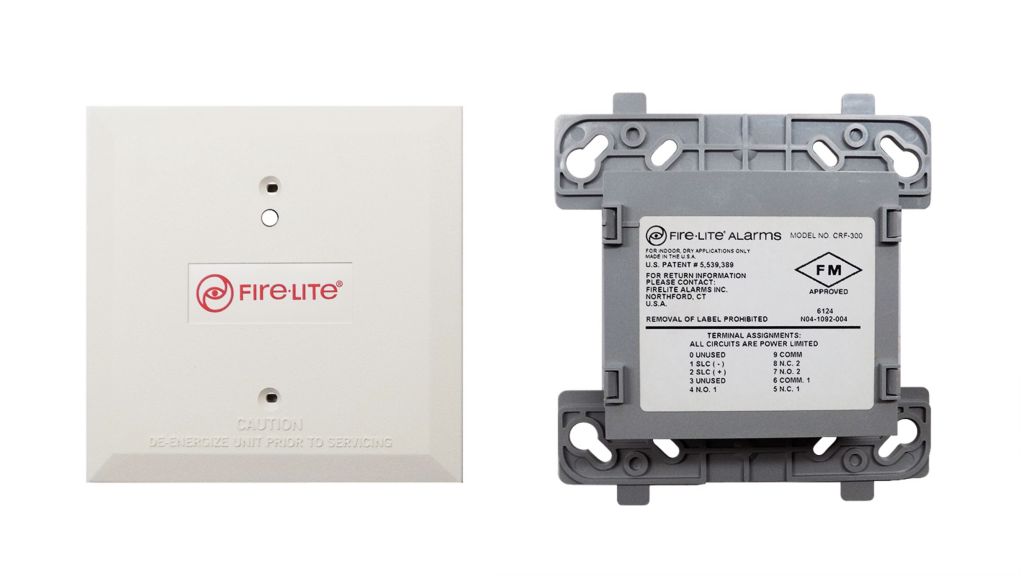 Intelligent alarm system control modules have six relays or circuits that are intended for use in an intelligent alarm system and for switching applications. Each module has its own address. A pair of rotary code switches is used to set the address of the first module from 01 to 154. The remaining modules are automatically assigned to the next five higher addresses. Provisions are included for disabling a maximum of three unused modules to release the addresses to be used elsewhere. Each module also has panel-controlled green LED indicators. The panel can cause the LEDs to blink, latch on, or latch off.