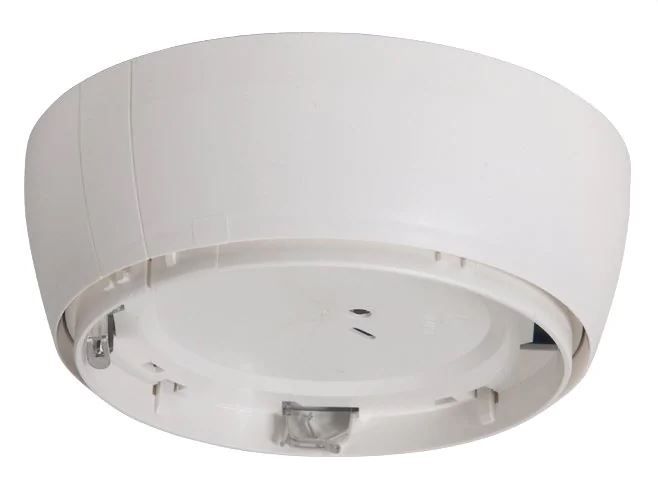 IQ8Wireless gateway is especially designed for convenient and time-saving expansion of an already existing IQ8Control/FlexES Control fire detection system. By removing a detector already installed on the loop and adding the wireless gateway to the standard IQ8 detector base, up to 10 additional fire detectors equipped with wireless detector bases or 10 addressable manual call points can be added to the existing system. The universal wireless interface allows to connect up to 10 components per wireless gateway with alarm function, like alarm devices of Series IQ8Alarm Plus and/or IQ8Quad detectors with integrated alarms devices. And all this without any additional cabling. Depending on the surrounding conditions, the wireless transmission can reach up to 200m. The wireless gateway must fundamentally be operated with an IQ8Quad detector. It integrates the intelligent IQ8Wireless components into the esserbus or esserbus-PLus via the wireless base or wireless interface, thus making these components fully individually addressable loop devices. Up to 9 wireless gateways can be operated on the loop. Each wireless gateway reduces the maximum number of esserbus devices by 12 pieces.