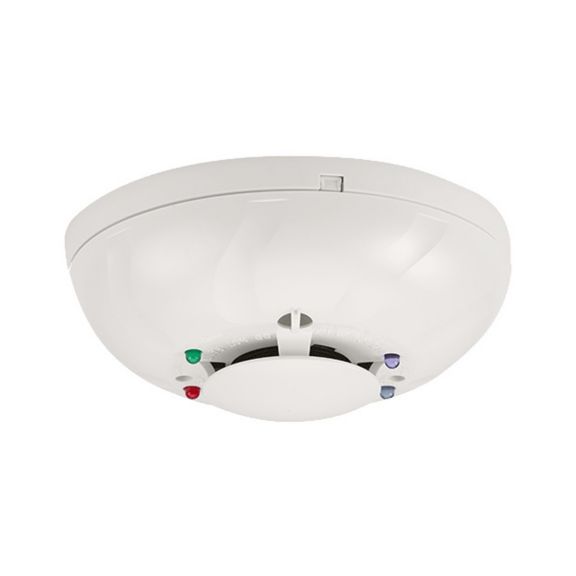 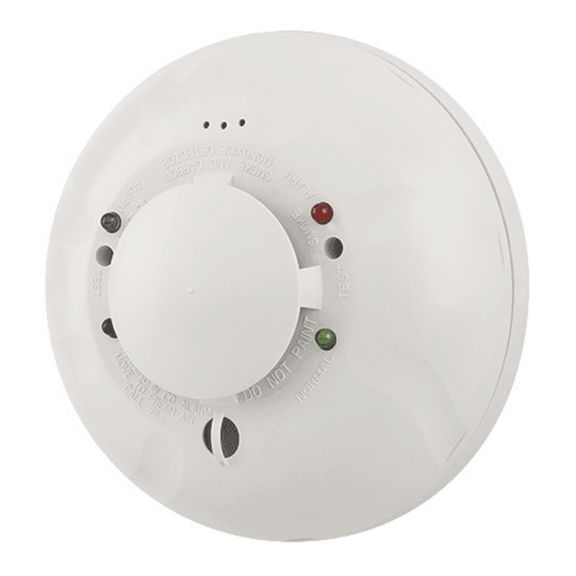 The i4 Series combination CO/photoelectric smoke detectors simplify two technologies into one device, requiring less wiring and fewer backboxes than two separate devices. The i4 Series is compatible with the i3 series, so an attractive CO monitoring solution can easily be retrofitted into existing i3 installations.

The i4 Series CO cell can be easily replaced at end-of-life, resulting in a much lower life cost than having to replace the entire detector. Installers can pre-wire the i4 Series plug-in base, while a large wire entry port and in-line terminals provide ample room for neatly routing wiring. The base accommodates several back box options and also direct mounts using drywall anchors. The i4 head plugs into the base with a simple Stop-Drop `N Lock™ action. When the CO cell reaches end of life, it can be easily replaced in the field without a tool.

With the help of the module, the i4 Series detectors transmit distinct CO and smoke signals, allowing appropriate response from the central monitoring station. Intelligent features, such as drift compensation and smoothing algorithms, reduce nuisance alarms.