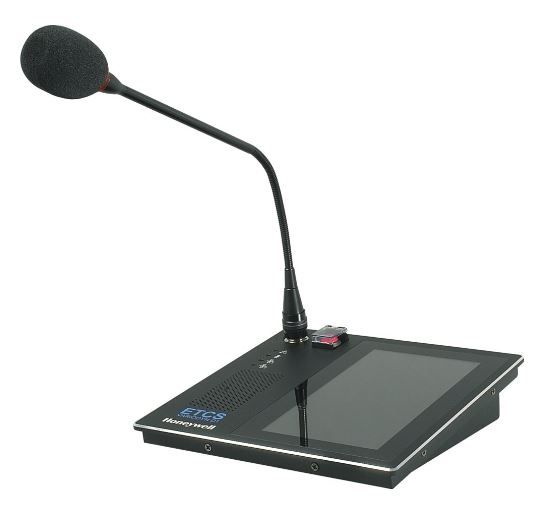 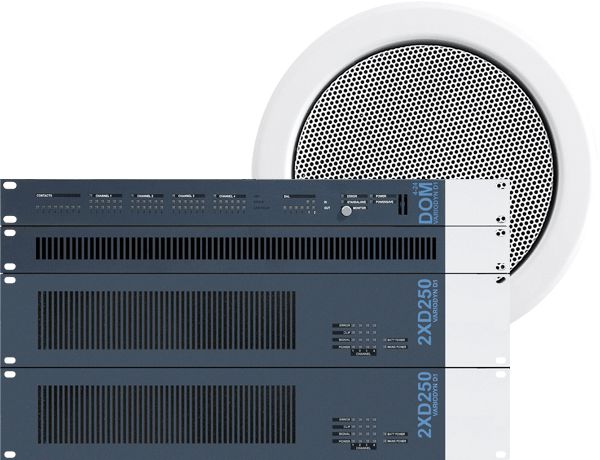 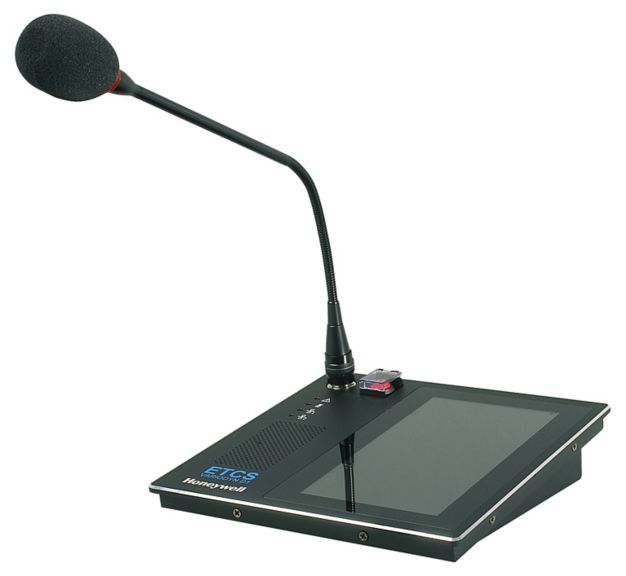 ETCS adopts 7’ touch screen for display and operation which provides a user-friendly interface. 4 bi-color LEDs are used for status indications which include microphone fault indication, system fault indication and connection states of two redundant cables. A red button with cover can be configured for emergency announcement. The gooseneck microphone is replaceable and monitored by ETCS. The loudspeaker can be used for pre-listening audio locally and intercom between the call stations.

ETCS is prepared for redundant cable connection to the Ethernet network. It can be powered by PoE devices through the Ethernet cable or with a power adapter. USB stick can be connected to ETCS to make it easy to play external audio files. ETCS provides an external audio input and output which can be used for connecting audio devices such as CD players. If more keys and/or LEDs are needed, it is possible to add up to three digital key modules (DKM plus, 583526).

ETCS can monitor the microphone and cables permanently. It can also be monitored and configured via the network. It supports multi-language display and the languages can be switched dynamically without resetting the device. It also supports playback the recent call quickly. There are three types of user permissions which can provide different layouts and operations for each user. Up to 27 h. speech or audio can be saved and played locally. Two icons are used to indicate if there is any call been activated or system fault been occurred. Active call list, system fault list and recent call list can easily be checked in any page.

ETCS supports manual calls or pre-defined calls or schedule calls as home page. For manual calls, after selecting the target zones and/or groups, four different audio sources can be selected which include USB stick audio, local storage audio, network audio and live announcement. For pre-defined calls, when the call is activated, it will directly play pre-recorded messages on target zones/groups which are all configured in advance by configuration tool. The call volume can be adjusted during the calls. For schedule calls, after configuring the call parameters and playback time, it will directly start at the specified time.