The response aid paging systems provides an easy-to-use, cost effective solutions to support deaf and hard of hearing people in case of a fire emergency. 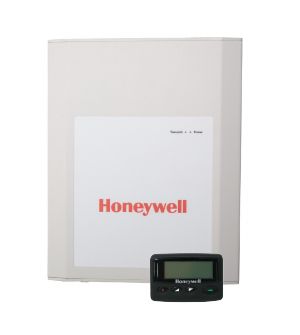 The response aid paging systems provides easy-to-use, cost effective solutions to support deaf and hard of hearing people in case of a fire emergency. The response aid paging units consists of a wall-mounted HIPS (High Impact Polystyrene) enclosure containing a 4 watt transmitter enclosed in an aluminum surround. It includes a 240-volt 3-pin plug, status indicator LED for power and transmission, and straight wire antenna connected to the top of the enclosure using a 3/8 BNC bayonet connection. Units has the capability of 3 dry contacts.

In the event of transmitter failure, power supply failure and a loss in power output from the transmitter, there is a Fault output normally closed alarm accessible via internal terminal header. This is to be connected back to the fire alarm panel to alert the fire alarm panel of any failures. Systems includes battery backup as standard for a minimum 24 hours after mains power failures. There is a low voltage detection sounder which will alert in the event of low battery. In the event of a 230 volt mains failure to the system the alarm device can incorporate a stand-by battery, which will support the system for >24 hours in non-alarm plus thirty minutes in alarm.