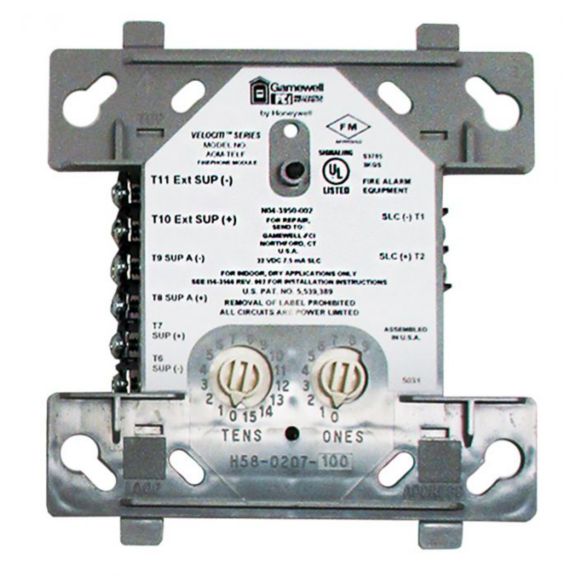 Velociti® Series addressable audio evacuation modules control the communications between the command center and the telephone jacks/warden stations. Wiring to individual telephone jacks and handsets is supervised and may be configured as 2-wire (Class B) or fault tolerant (Class A). Status is reported to the panel as normal, trouble, or telephone. The modules contain a panel-controlled LED indicator.

Addressable audio evacuation modules are installed in the signaling line circuit (SLC) of the Gamewell-FCI® emergency voice evacuation systems. Addressable audio evacuation modules are designed to fit into a 4-inch (10.16 cm) square junction box. The Velociti® Series use a communication protocol that substantially increases the speed of communication between the SLC devices and certain Gamewell-FCI analog addressable fire alarm controls. These devices operate in a grouped fashion. If one of the devices in the group has a status change, the panel’s microprocessor stops the group poll and concentrates on the single device. The net result is a superior response speed up to five times greater than earlier designs.